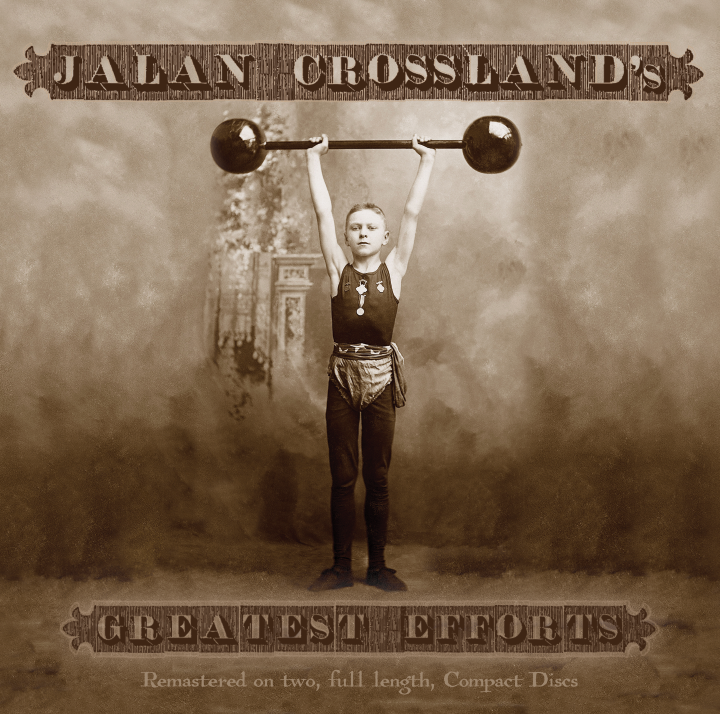 “Jalan Crossland’s Greatest Efforts”, a compilation of 19 fan favorites on two CDs, is officially released and available here at the website store, and at a live gig near you! All of the songs have been remastered by the diabolical genius, Jim Wilson, in his secret subterranean laboratory, and sound amazing! A double vinyl LP version will be released later in the spring